From Arm & Leg Pain to Carpal Tunnel and Shoulder Pain. 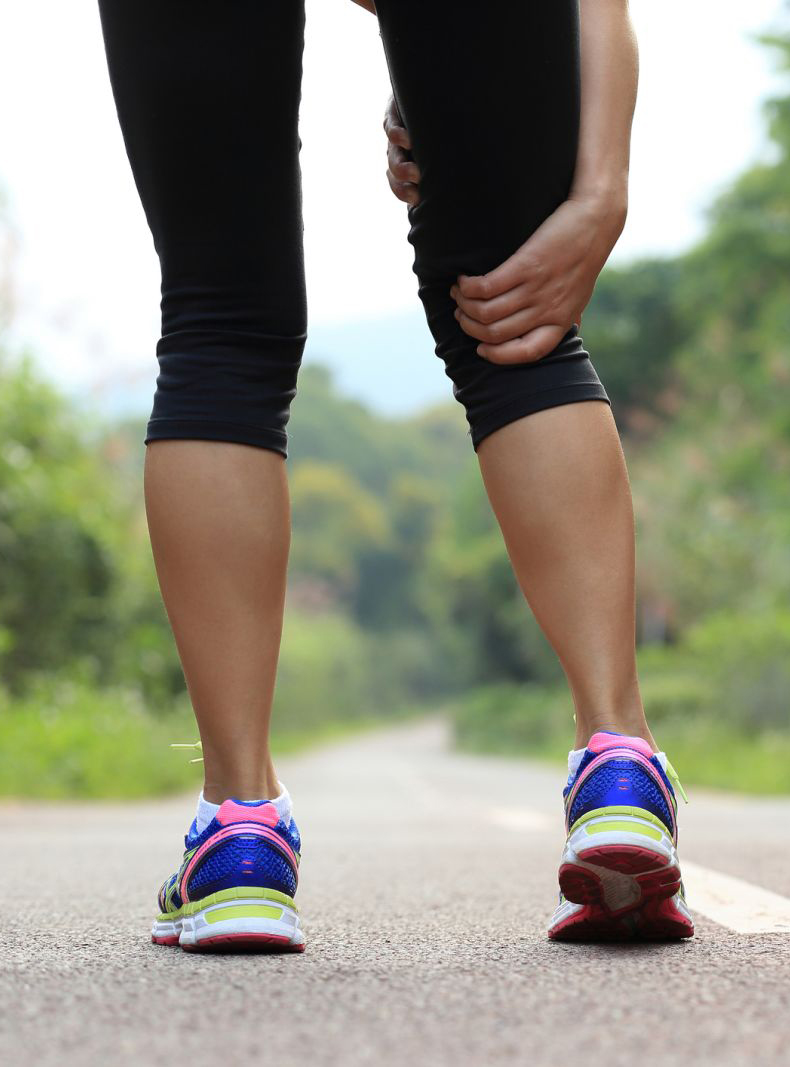 See how we can help alleviate any pain you have.

Are you dealing with arm or leg pain in Plainfield? The extremities of the body are obviously key for a person’s mobility, with the shoulder and hip regions of the body bearing most of the responsibility.

The fact that such a large percentage of our locomotion is restricted to these joints results in a higher risk of injury and forms of discomfort. It is not uncommon for patients that visit our clinic unable to pinpoint the origin of their pain.

The list of the possible causes of arm and leg pain is prohibitively long. Anything from overexertion at the gym, to an auto injury, to just sleeping in an awkward position can cause arm and leg pain.

No matter the cause of the pain, our Proactive Chiropractic Group chiropractic team can treat the pain at the source.

Most cases of leg and arm pain develop slowly, and so individuals affected are rather oblivious to what may have led to their pain. When the pain becomes too much to fight through, individuals turn to a variety of medications available. These can include prescriptions that can even increase the severity of leg and arm pain through their various side-effects.

As if these secondary effects were not reason enough to worry, it’s also been proven that leg and arm pain can be a result of “referred pain”. This type of pain is more frequently utilized to refer to the kind of pain the individuals feel at the beginning of cardiac arrest. An additional type of referred pain could be an inflamed gallbladder that causes discomfort under the shoulder blade.

Often, our staff at Proactive Chiropractic Group treats patients who suffer from arm and leg pain that starts with nerve irritation in their back. The most common example of this type of pain is sciatica. Due to the delicate nature of the vertebrae in the spinal column, it’s imperative that you find a chiropractic team that is experienced in treating these conditions.

What is the source of my discomfort?

The staff at Proactive Chiropractic Group utilize a multi-pronged method to determine exactly what is causing your pain. Usually, our clinic will utilize a blend of a medical history review, physical exam, and imaging to find the source of your discomfort. Our training gives us the ability to pinpoint your pain, the factors causing it, kind of pain, and understand your symptoms to provide the best treatment possible.

How can Chiropractic care help me?

To treat your leg and arm pain through chiropractic, we start by discovering the cause of your symptoms first. At Proactive Chiropractic Group we have discovered that misalignments those vertebrae from the neck and spine are the source of most leg and arm pain. The explanation is fairly straightforward, when discs or bones are out of place, and flexibility is reduced, the nerves become inflamed and lead to pain throughout the body.

Most patients are unaware of that the nerves in your spine can span the entire length of the backbone and through the hands and feet. Consequently, injuries to the vertebrae in the backbone can produce the sensation of pain throughout our extremities. With our advanced treatment methods, patients who visit us have found great relief through chiropractic care.

If you are suffering from arm or leg pain in Plainfield, call Proactive Chiropractic Group to schedule your free consultation and start finding relief today.

Are you aware that similar to the manner in which nerves can become impinged in your spine by your vertebrae, the skeletal structures in your wrist can pinch nerves leading to the development of carpal tunnel syndrome? Many individuals opt for expensive and invasive medical procedures without realizing there are successful and proven ways to treat carpal tunnel syndrome with non-invasive methods. Carpal tunnel medical procedures can cost up to tens of thousands of dollars and still fail to provide relief 40% of the time. It is no wonder then that individuals are opting for a more cost-effective treatment that works. Our chiropractic clinic in Plainfield has put together the following information about carpal tunnel in order to help you find a therapy for carpal tunnel that works.

When the median nerve is irritated because of swelling and misalignment in the wrist, patients can start to feel sensations of tingling or inflammation throughout the hand. It’s not unusual for patients to report they experience their grip weakening or that picking up small things isn’t as simple as usual. Sometimes can even feel the sensation their hands becoming inflamed when their median nerve is irritated, even though there is no inflammation.

Apart from the typical questions regarding what dealing with carpal tunnel is like, patients also are puzzled as to how their syndrome came about. While some patients can remember a specific injury to the hand that appeared to trigger the tell-tale symptoms soon after, other have no idea as to why their condition developed. Research shows that some types of jobs have an increased risk of developing carpal tunnel. These include jobs that utilize instruments that vibrate and also the repeated use of the wrist and hands in the workplace. In addition, certain physiological disorders can also be contributing factors to the development of carpal tunnel.

Carpal tunnel often begins in an individual’s dominant hands, but symptoms can affect both hands. Alas, many healthcare professionals attempt to treat the pain where it is found, despite evidence that the root of carpal tunnel arises from a different region of the body. It’s been proven that patients affected by carpal tunnel syndrome in the arms normally possess nerve distress originating in the spinal column. This is the reason why expensive medical procedures that attempt to solely treat the hands are ineffective in four out of ten surgeries. Carpal tunnel occurs more frequently in the dominant hand, in addition to being more prevalent in women because of the increased average diameter of the tunnel.

The best treatment for the carpal tunnel syndrome is the one that takes into account the source of your symptoms. As is the case with most ailments, we recommend that patients start out with non-invasive and inexpensive therapies. Our team will work with you to develop a therapeutic plan that is tailored to your condition. After just a few spinal adjustments, many patients already begin to experience relief from their symptoms. Once progress is made, we will continue to minimize your symptoms utilizing a variety of therapies to restore your health.

Our chiropractic team at Proactive Chiropractic Group in Plainfield understands the frustration that accompanies carpal tunnel syndrome and wants to help you overcome your pain for good. If you would like to find relief, start by contacting us for your free consultation.

Are you dealing with pain in your shoulder? The shoulder joint houses one of the sockets with the largest range of motion in the human body and consequently is at the mercy of an extensive list of ailments that can affect it. The possible sources of shoulder pain are nearly limitless, however, a significant portion of shoulder injuries are the result of neck and upper back issues, degradation at the shoulder joint, vigorous exercise, and auto injuries. As a result of the many different ways in which shoulder pain can develop, the symptoms can range from mild to debilitating. Since the shoulder joint is utilized in everyday tasks individuals, it is imperative to care for any shoulder injury promptly and effectively. Even seemingly harmless shoulder injuries should be treat by an experienced chiropractor in Plainfield to prevent the injury from becoming more serious.

A few signs of a shoulder injury tend to be somewhat more conspicuous than the others. For this reason, all symptoms concerning the shoulder need to be tracked closely. Symptoms that warrant an examination of the shoulder are shoulder pain that lingers for a week or longer, intermittent shoulder pain, inability to lift hand above the shoulder, difficulty lifting objects, pain at the shoulder joint that increases in severity at night, some obvious indications of damage to the joint such as swelling or bruising, an odd sounds or clicks coming from the shoulder joint when moving.

The best therapy for shoulder pain relief depends largely on the cause of the pain. For that reason, obtaining a precise examination and understanding of your specific condition is key to a successful diagnosis and treatment plan. The chiropractic team at Proactive Chiropractic Group is uniquely trained to assess and treat your shoulder pain. Our staff will utilize their clinical expertise to compose a comprehensive treatment plan that will help you find lasting relief.

The neck and upper spine are regions of the body that are chiefly responsible for supporting the shoulder joint. When the pathways between the nerves and these supporting muscles are cut off due to spinal misalignments, then a waterfall effect occurs. The result is the shoulder dealing with an increased load without sufficient support. While the body can handle overuse from time to time, its limits are eventually reached and injuries occur. If the shoulder pain remains after our spinal realignment therapy, the team at Proactive Chiropractic Group has experience with a comprehensive range of therapies aimed at correcting the underlying issue. When the source of your pain is resolved, relief of your shoulder pain is inevitable.

Our chiropractic clinic has a variety of therapies that complement chiropractic care in order to relieve your shoulder pain effectively. If you have any questions about shoulder pain treatments or want to schedule a free consultation, contact Proactive Chiropractic Group in Plainfield today.